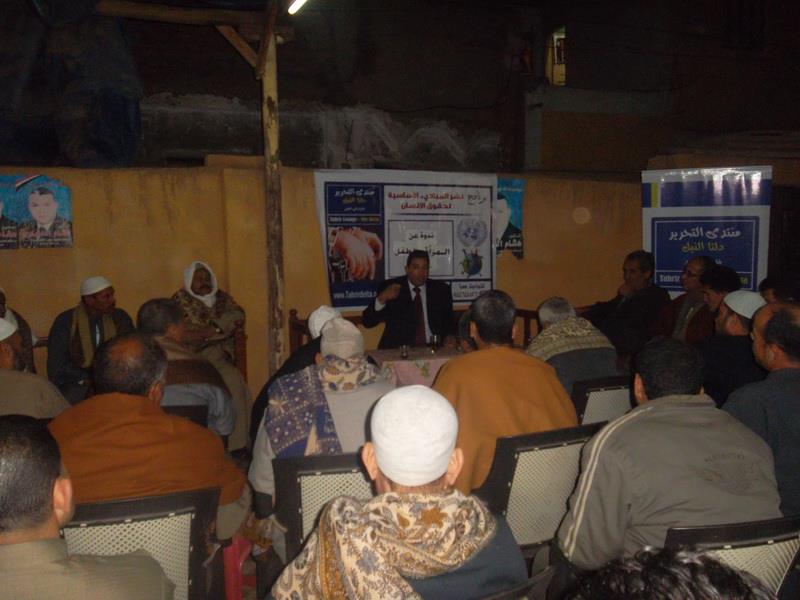 Does the woman have a real role in the stage of democratic transformation in Egypt? This is the question asked during a symposium organized in “Kafr El Batnoun Village”. It was about the important role of women in the current period, how she will influence in the future and his role in the lives of children who will become men of the future and build the society and influence it. Although this Symposium was organized for women, there were more men who declared the role of the woman and her rights to attend such Symposiums. There were more than 100 of people from villages near El- Batnoun.