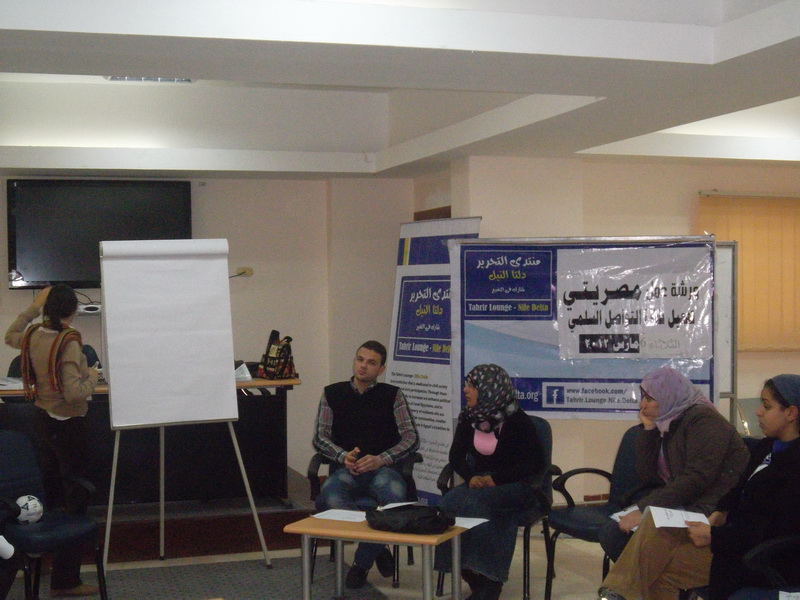 My Egyptian Culture Training activates peaceful dialogue, resenting conflicts, accepting the other and crisis management. This is done through the organization of two workshops in which the focus was placed largely on the practical side where the trainees planned and implemented in order to reach solutions themselves. The program achieved its objectives by changing the stereotypical thinking of individuals and widening the vision towards more solutions for the problems of life arising as a result of misunderstanding and narrow-mindedness. The training was attended by 40 young graduates. The program was implemented over two days on March 6 to March 7 during which the instructors divided the participants into two groups each consisting of a total of 20 individuals to conduct the hands-on exercises and to access the information easily and correctly. The four trainers were divided into two groups; each group trained the participants synchronously (in 2 separate halls) following the same training steps. In theory, the idea was to talk about the conflict which can be summed up in the thinking approach, how to reach a solution and clarifying the difference between reaching the solution from a competition perspective or a cooperation perspective (achieving the objective without considering the loss of the other party). This is followed by a range of various practical exercises that emphasize the value of cooperation. At the end of the program a discussion was held about what was accomplished during the two days in order to determine the most important values and lessons learned.