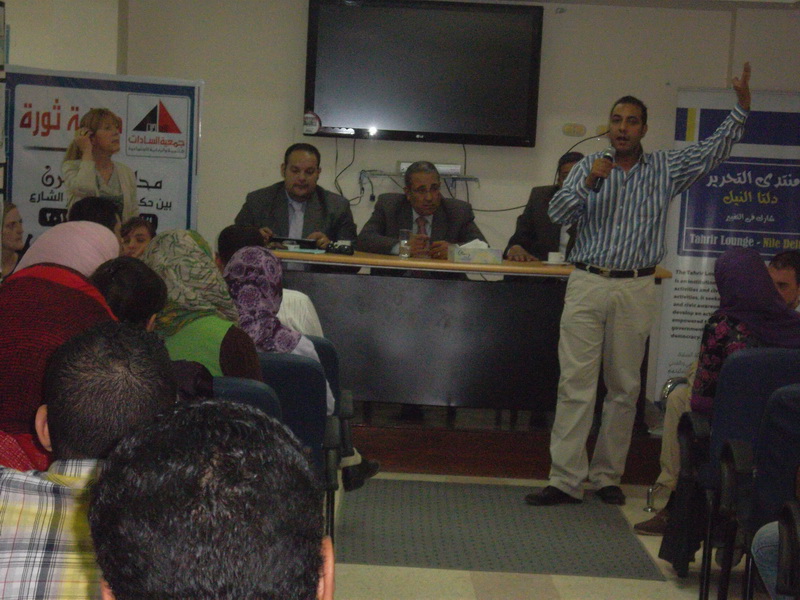 Given the important and fast events and repercussions which the Egyptian revolution witnessed, and given the state of the obvious confusion between the opinions of the elite and the views of citizens in the Egyptian street; the idea of the program emerged to monitor and analyze the events in an attempt to make them understandable and clear. What Egypt is going through now is considered the nucleus of a new era of democracy and freedom of opinion. The program consists of a set of meetings and events associated with the revolution (such as trial of the century - the Constitution - the presidential elections). The program starts with a seminar titled “trial of the century”. It represents the pulse of the street, the link between its opinion and the opinion of the judiciary through defining the concept of judicial power and how a ruling is reached, identifying the trial and its proceedings, and identifying the reasons for reaching this ruling. It also draws a comparison between the rule of the judiciary and the rule of the street in the trial of the century. The seminar was attended by a group of young people from various movements and coalitions, as well as a group from all the segments of society. The meeting was about the absence of political corruption laws from the Egyptian code of laws, negligence in providing necessary evidence to convict defendants, comparing between the rule of the judiciary and the rule of the street, the virtue of holding a special tribunal to try the former regime, applying the law of political isolation and considering some of the irregularities that were never mentioned before. They also discussed the law, justice and the consequences of the judgment and then challenged it and gave a critique of Dr. Morsi’s comment about the re-trial which is not constitutional, and finally explained that the Court of Cassation is the only entity vested to hold a re-trial if the appeal is accepted.