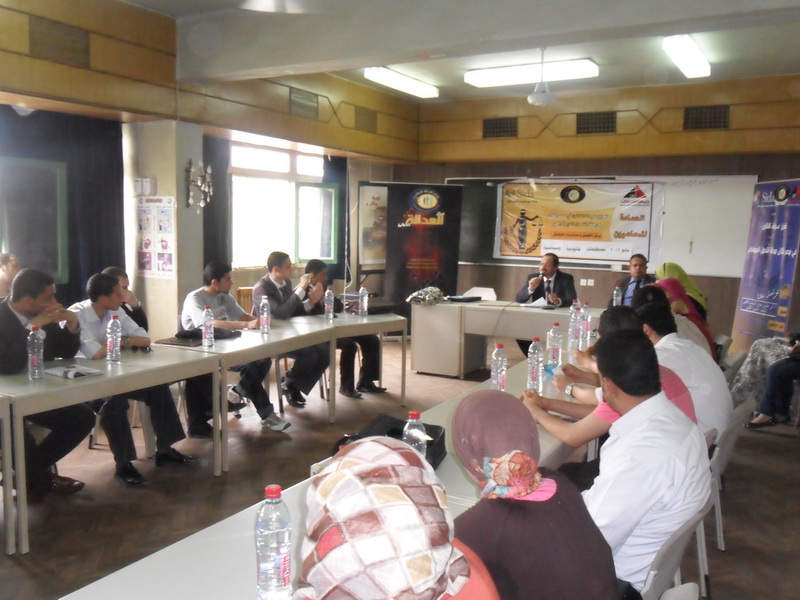 There are different regimes of governments in the democratic systems of the world; between presidential, parliamentary, mixed and Assembly governments. This comes depending on the relationship between the public authorities in the state in determining the shape of the relationship and whether there is a relative or absolute separation of powers. It also depends on determining the center of gravity in the political system if it is presidential or parliamentary. Based on this the project team held a discussion group on "the regimes of democracy in the world" and their relationship to strengthening the rule of law in Egypt. This was on Sunday, August 6, 2012 in Tanta (Gharbia) and it was attended by about 60 lawyer-activists in the domain of public work (Gharbia Governorate).