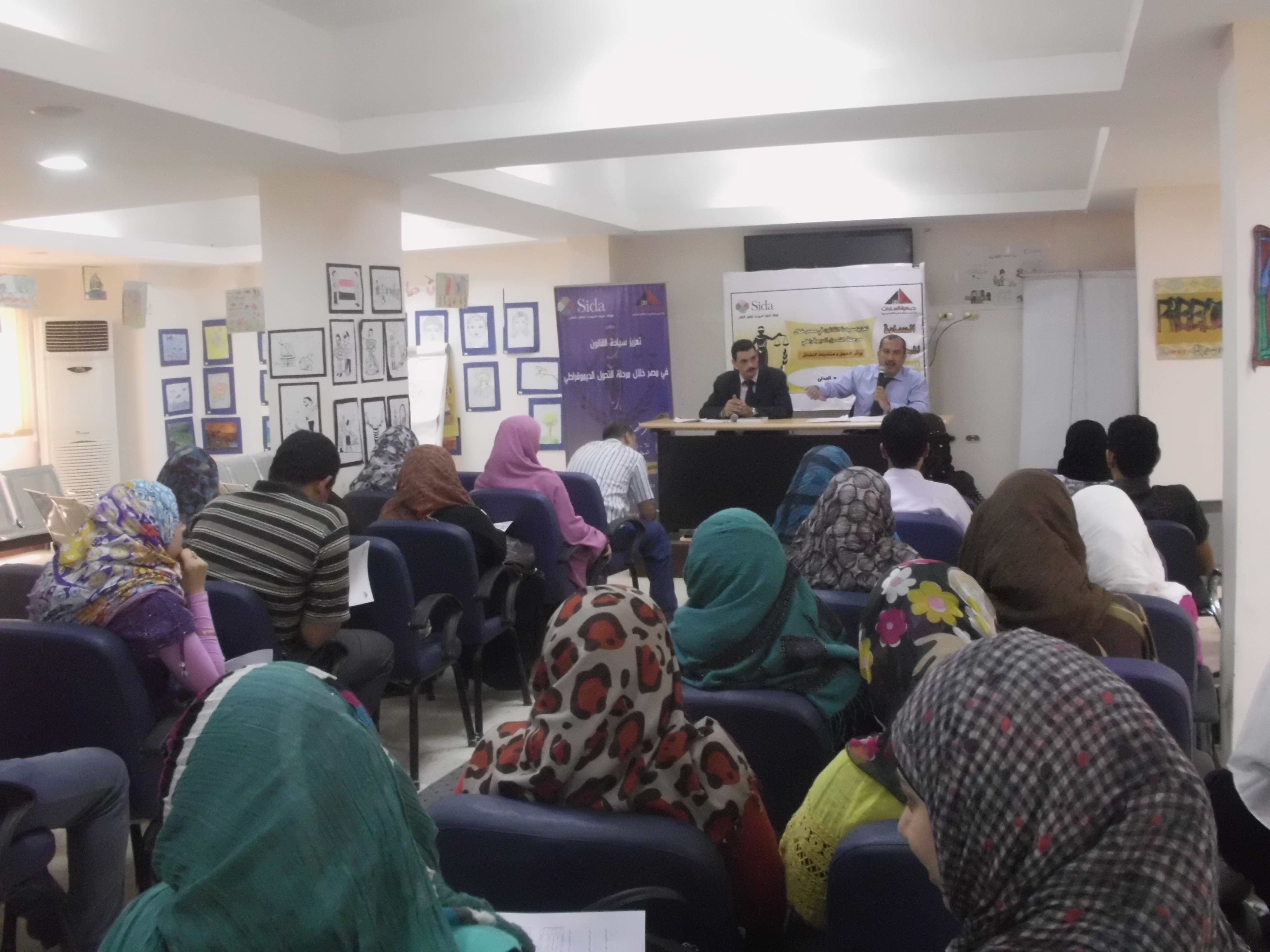 Civil society plays a major role in supporting the process of democratization in Egypt, particularly strengthening the rule of law. For this reason Dr. Yasser Hamza (Professor of Law, Menoufia University) reviewed the concept of civil society and its role in supporting the rule of law in Egypt during the democratization. This was through two discussion groups organized at the Tahrir Lounge on the 5th and 9th of August, 2012 in the presence of over 50 lawyers the first group and 60 lawyers in the second one. It is worth noting that the groups addressed the concept of civil society organizations from civil associations and institutions, trade unions, lobbies and other non-governmental organizations that work to serve the interests of citizens and impact the political decision-making. The civil society organizations are actually the mediator between the government and the citizens and they work to satisfy the wishes of the citizens and influence the political decision-making in serving them.