The role of state institutions in promoting the rule of law 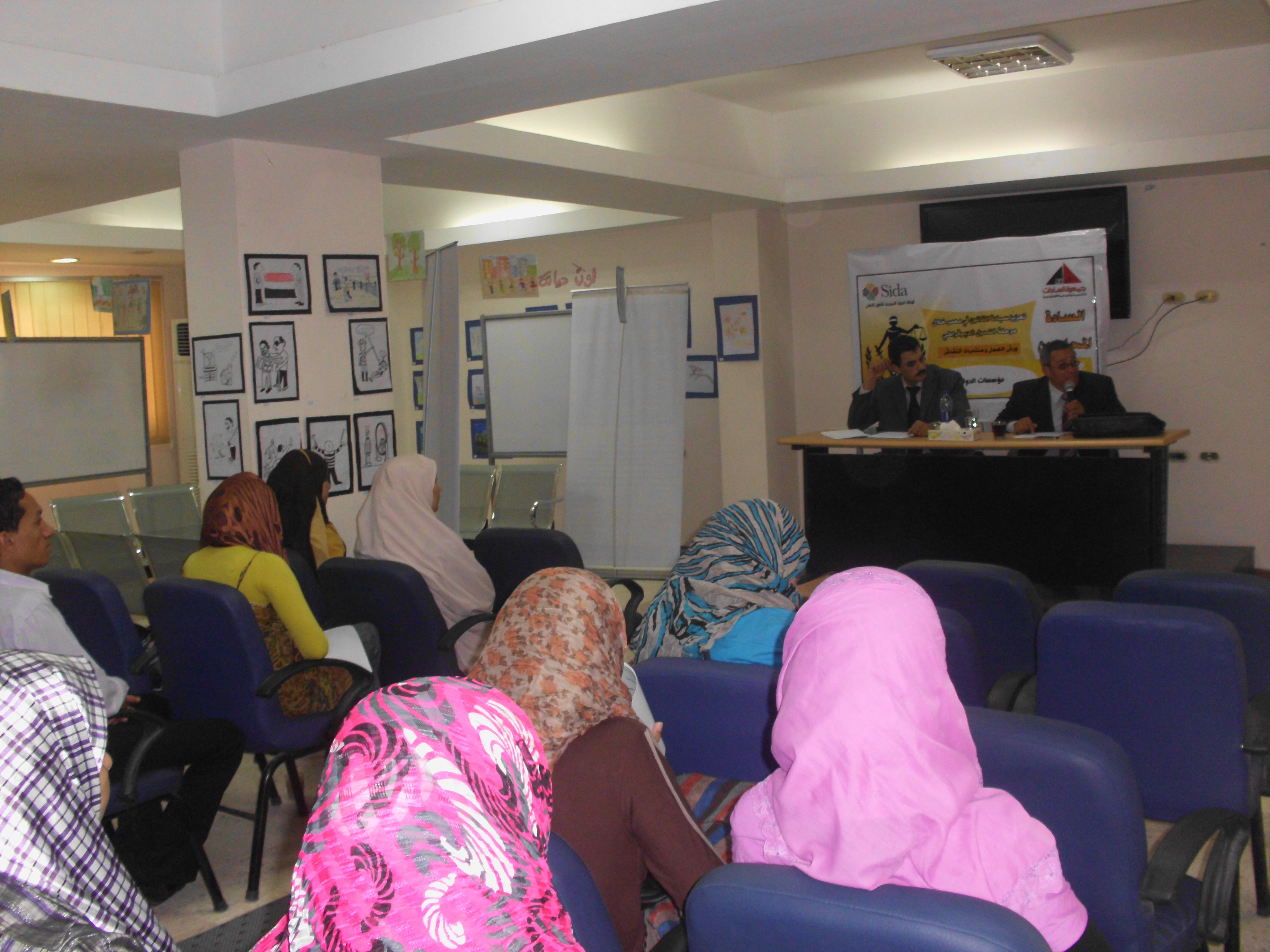 Respecting the principle of the rule of law and building a rule of law State comes through institutions that play their role in the State’s legislative, executive and administrative bodies and other institutions that must be built on a sound basis. The project team organized two discussion groups on the 24th and 28th of June at the Tahrir Lounge / Nile Delta in Menoufia. Dr. Mansour Muhammad Ahmed (Professor of Public Law, Faculty of Law, Menoufia University) was the keynote speaker in the discussion groups which were around the development of state institutions and the need for the political decision-making to come from the governing institutions and not through individuals or oligarchs. Mr. Khaled Atteya (lawyer and the general coordinator of the project) organized and managed the groups and handled the questions and comments within the framework of the discussions, and in the presence of more than 120 lawyers from Menoufia.