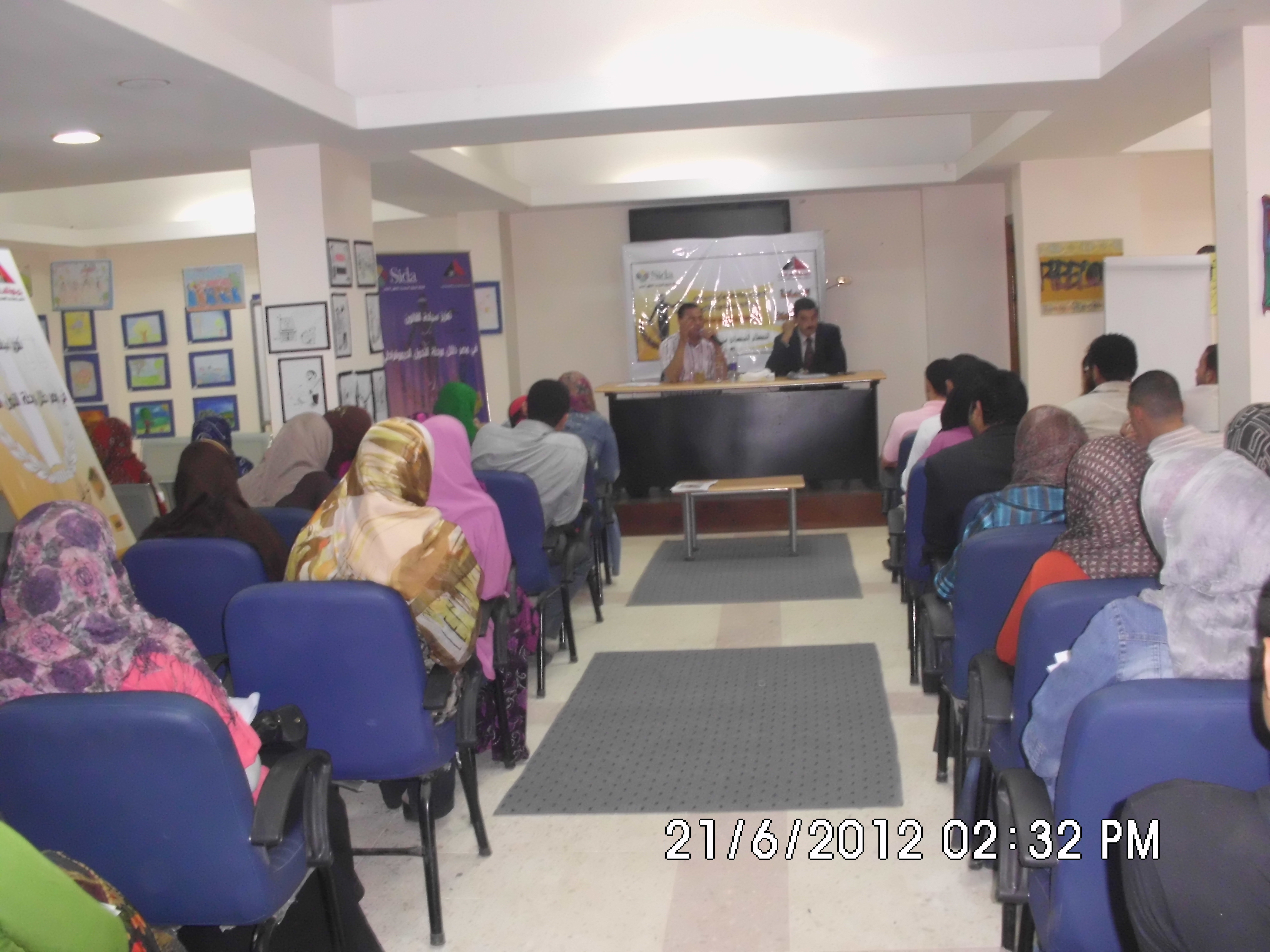 Just and independent judiciary constitute one of the pillars of the rule of law; for this reason the team of the project " Strengthening the rule of law in Egypt during its democratization" organized two discussion groups addressing the concept of the judicial system in Egypt during the third week of June (20th and 21st of the same month). Dr. Mahmoud El-Sayed Omar Al-Teheiwi (Head of the Procedural Law Dept., Faculty of Law, Menoufia University) was the keynote speaker at the discussion groups which addressed several topics explaining the ordinary judiciary, administrative judiciary, constitutional judiciary, and finally the exceptional judiciary and its disadvantages in the independence and impartiality of the judiciary. The discussion groups were attended by nearly 125 lawyers involved in the project, while Mr. Khaled Atteya (lawyer and the general coordinator of the project) managed the groups and introduced the idea of the project’s objectives. It is worth mentioning that a controversy broke over the referral of civilians to military justice and the imbalance of the State of the rule of law when sending civilians to trials before military courts and the lack of independence of the judiciary. The discussion then moved to the future of the Supreme State Security Emergency Courts after the cancellation of the emergency law.