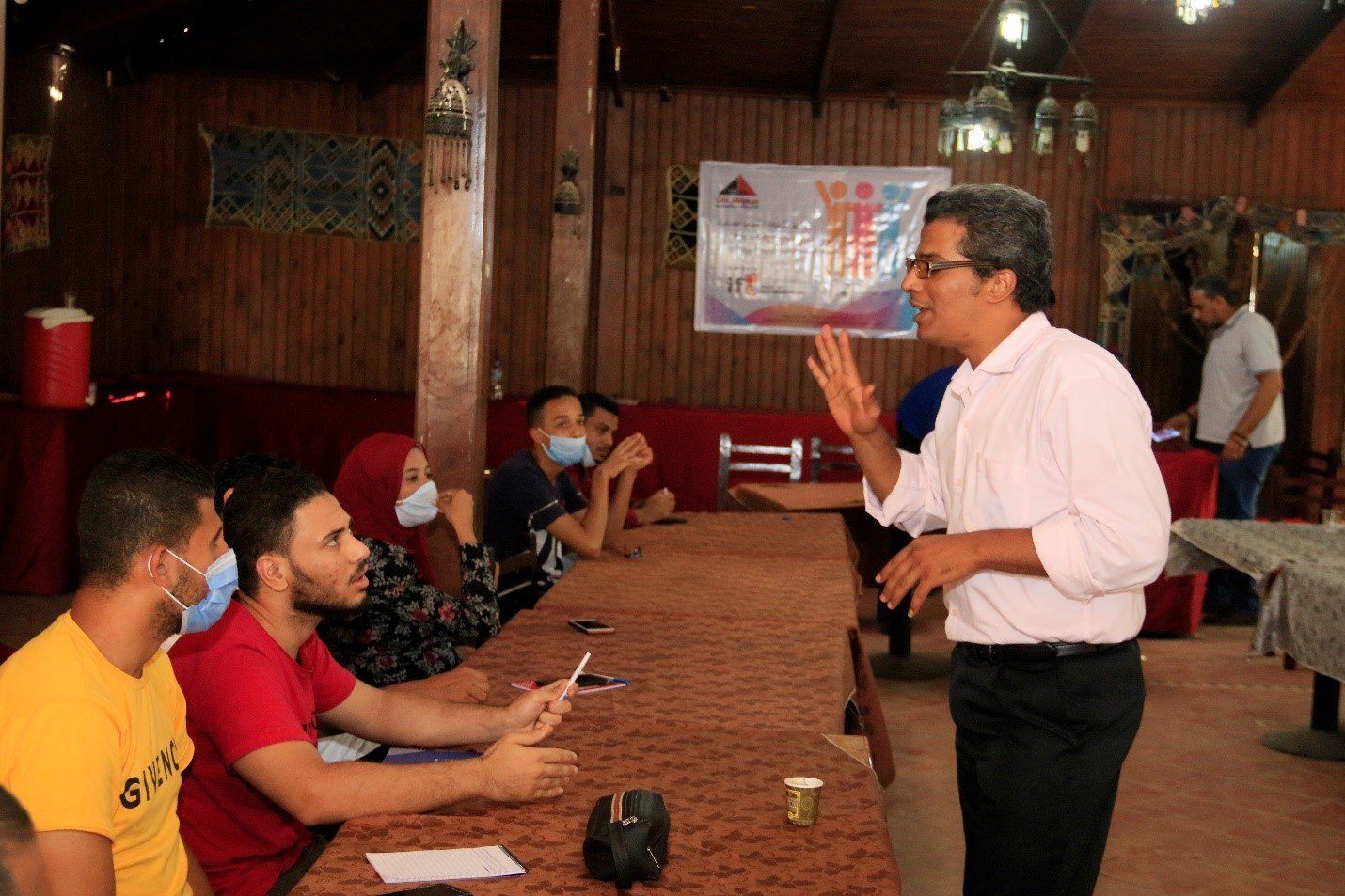 The Sadat Association for Development and Social Welfare held an raising awareness session in Luxor Governorate about “the role of promoting tolerance and citizenship in supporting local development”. This comes within the framework of the activities of the project to enhance the political and civic participation of youth in Egypt, which is implemented by the Sadat Association for Development and Social Welfare under the auspices of the German ifa Institution. “Supported with German Federal Foreign Office’s,  funds by ifa (Institut für Auslandsbeziehungen), Funding programme zivik”

The seminar dealt with the concepts of tolerance and citizenship and their main role in building and developing societies and implanting them in the personality of the children from the start of their enrollment and integration into the school and university communities.

There were also a number and variety in gender in invited attendance/speakers includes faculty members in governmental universities, consultants and as well as community leaders.  Among them Mr. Shahdy Welliam Abbas the consultant of “Moftah El-Hayah” NGO, the general secretary of the training and education council of “Hwmat Wattan” political party, Mr. Ahmed Abulhalime Zaki the executive manager of “El-Masry” NGO for development and training and Mr. Mansour Mohamed Abdullah official instructor in “El-Moalem” Academy in Luxor and training consultant in Luxor university faulty of training and development.

16 of new youth from both genders  were invited to participate in the raising awareness session in order to reinforce the principle of raising awareness and confirming access to the largest possible number of the targeted youth segment.