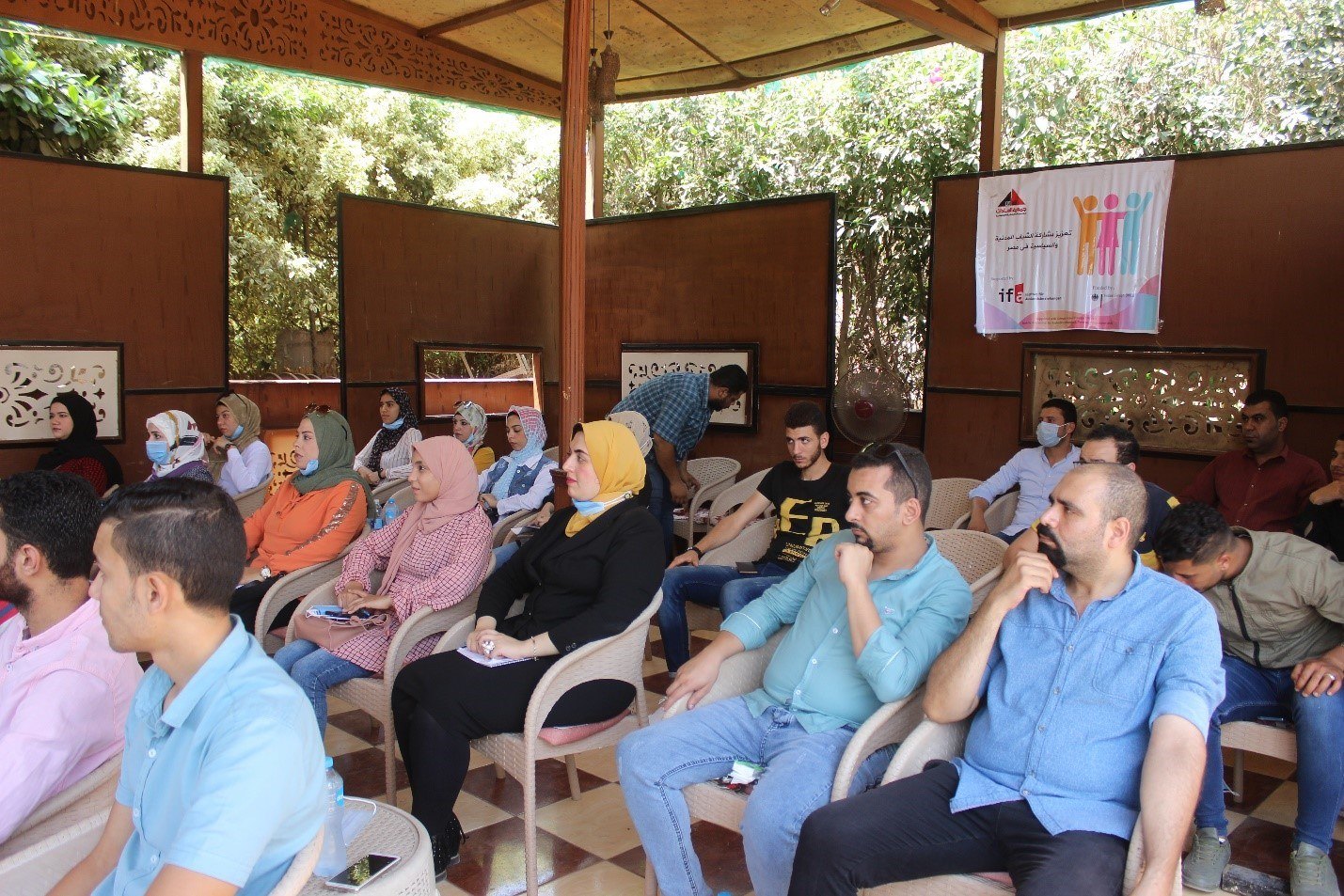 The role of civil society institutions has become an important basis for the positive participation of society, defining its goals and supporting development programs. Therefore, the Sadat Association held an awareness session for youth in Gharbia governorate on “the impact of participation in elections on development” within the framework of the project that the association is implementing on empowering and building the capacities of Egyptian youth in cooperation with the German ifa Institution. “Supported with German Federal Foreign Office’s,  funds by ifa (Institut für Auslandsbeziehungen), Funding programme zivik”

The session was attended by a group of young people interested in public work on their different ideologies and ideas, and the youth discussed the role of civil society institutions in achieving political participation through awareness of participation processes and the methods to be followed to convey the ideas and demands of individuals and define the obligations and duties imposed by the participation process. Youth emphasized that civil society institutions play an important role in promoting a culture of participation in elections, as individuals through civil society and its institutions feel that they have open channels to freely display their views and points of view, which is positively reflected in the good choice of their representatives to participate in the state's development and build a better future.

On the top of the invited attendance/speakers list was Mr. Advisor/ Ahmed Elabd and general secretary of “El-Reada” Political party and Advisor to the former Minister of Investment.

14 of new youth from both genders  were invited to participate in the raising awareness session in order to reinforce the principle of raising awareness and confirming access to the largest possible number of the targeted youth segment.