An participatory session in Luxor governorate on the most challenging community needs, sponsored by the Sadat Association and facilitated by youth 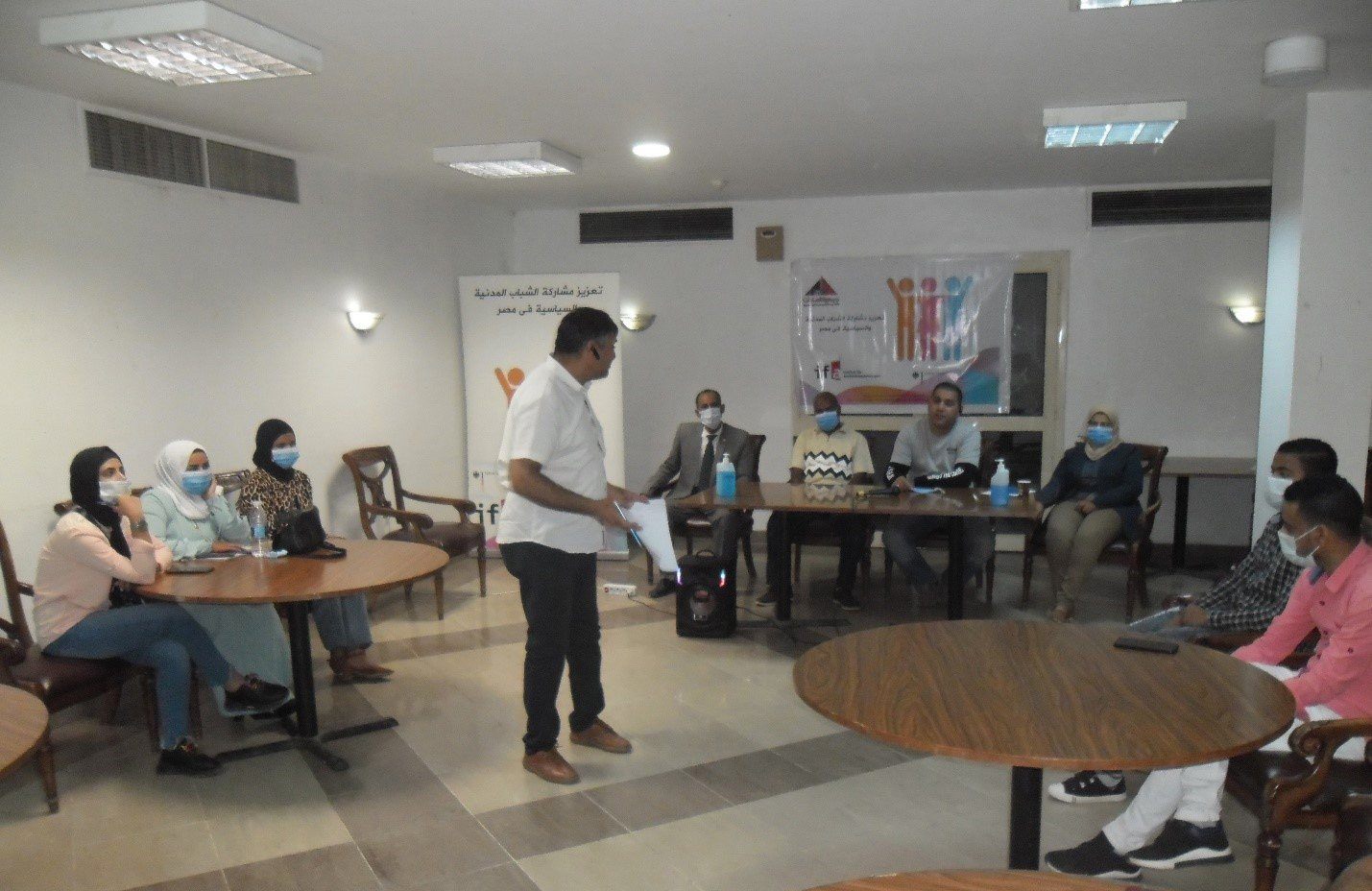 The Sadat Association for Development and Social Welfare held a one-day participatory session in Luxor governorate on the most vital challenges in their communities the most prominent societal needs, defined priorities and community needs of the Luxor governorate . This comes within the framework of the activities of the project to enhance youth political and civic participation in Egypt, which is implemented by the Sadat Association for Development and Social Welfare under the auspices of the German ifa Institution. “Supported with German Federal Foreign Office’s,  funds by ifa (Institut für Auslandsbeziehungen), Funding programme zivik”

The session dealt with some urgent community problems that were identified by the youth and in cooperation with a consultative team specialized in identifying and prioritizing community needs and building capacities during the first part of the session. Among the most prominent problems that were raised in the session were the ways to enhance the usage of the state acids of neglected sports buildings, Urban planning problems in the "Karnak Temple" area in Luxor and the archaeological areas in general  as well as the school dropout problem.

These problems were also presented and discussed with a number of prominent figures locally related to the topics raised, such as some representatives of the legislative and executive authorities, academics, community leaders and members of the boards of directors of some youth centers and active institutions and/or NGO’s.

Among them Mr. Mansour Abdel-Ilah, Director of the Personnel Department at the Luxor Educational Department, a member of the Marine Scouts, and Mrs. Afaf Muhammad, Assistant Professor in the Department of Viral and Animal Diseases and Doctor of Animal Medicine and Mr. Ihab Abu Duke, director of a secondary school, chairman of the board of directors of Al-Marais Youth Center, and a former candidate for Parliament.

In light of these international challenges, considerations of the outbreak of the Corona epidemic and the endeavours of the governments of the countries of the world and citizens of different nationalities to restore normal life routine. El-Sadat Association has been successfully organized the activities as per the Egyptian ministry of health regulations as well as WHO guidelines. The masks, alcohol, and face protector were distributed to the participants and the working team as the venue was safely and effectively sterilized.