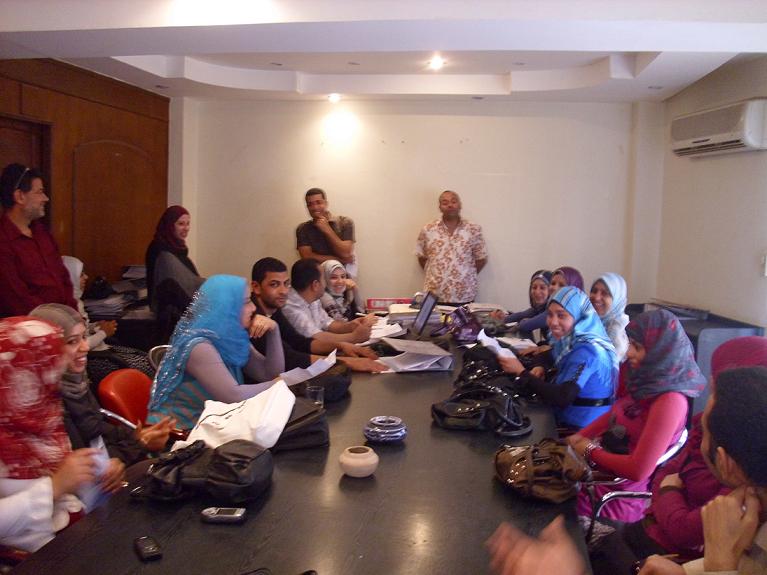 Within the framework of completing the steps of the local councils’ project, and in the headquarters of El-Sadat Association for Development and Social Welfare, regular meetings were held between Mr. Ashraf Tharwat (project manager) and the coordinators. Issues discussed during these meetings were; the objectives of the project and identifying the possible means to achieve them, training the coordinators and identifying their training needs. Same thing happened with the participatory sessions.
The meetings tackled some of the obstacles that were met by the coordinators in their units to conduct the participatory session, they also discussed the monthly plans, and the interaction between the coordinators and some of the executive bodies of the local units, as well as holding a series of meetings with NGOs and the meetings that were conducted in the month of February, May and June 2011.