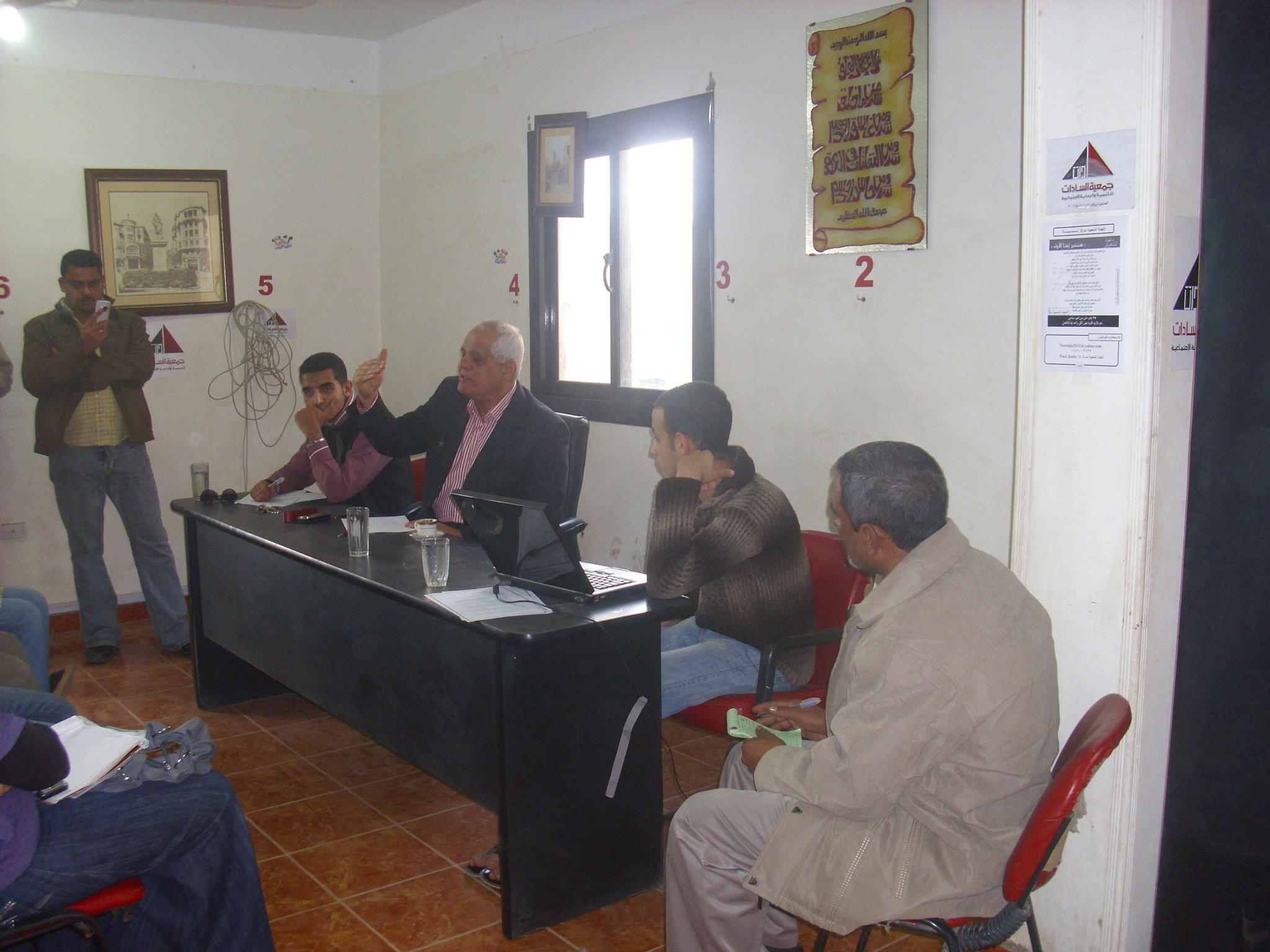 Within the framework of their keenness to participate in the development of Tala Centre some of its youth decided to form the so-called "People's Committee" to have an important role with the officials of the center and to share in solving the problems we are going through to reduce corruption and the waste of public money. These youth extended an invitation to the head of Tala center and other leading figures from the center. The meeting took place in the afternoon at El-Sadat Association for Development and Social Welfare headquarters in Tala, after the latter decided to implement the idea.
The meeting was attended by a number of youth from the villages of Tala center and it began with a speech by the committees’ youth to explain the idea to the attendees, followed by an open dialogue with the youth who were present. There was an exchange of ideas and many proposals were presented for the projects that all aim at the development of the center. The head of the city council delivered his speech and welcomed the enthusiasm of the youth and listened to their ideas. It was agreed to start a project for the beautification of Tala and preparations were initiated in collaboration between the project team, the head of the city council and a group of the youth of Tala to start the campaign and the actual implementation on Friday 25th of the present month. It was agreed that the campaign would extend over 7 days in which Tala center would be divided into seven spots so they can work on each area separately to ensure the development of the city as per the desire of the youth.