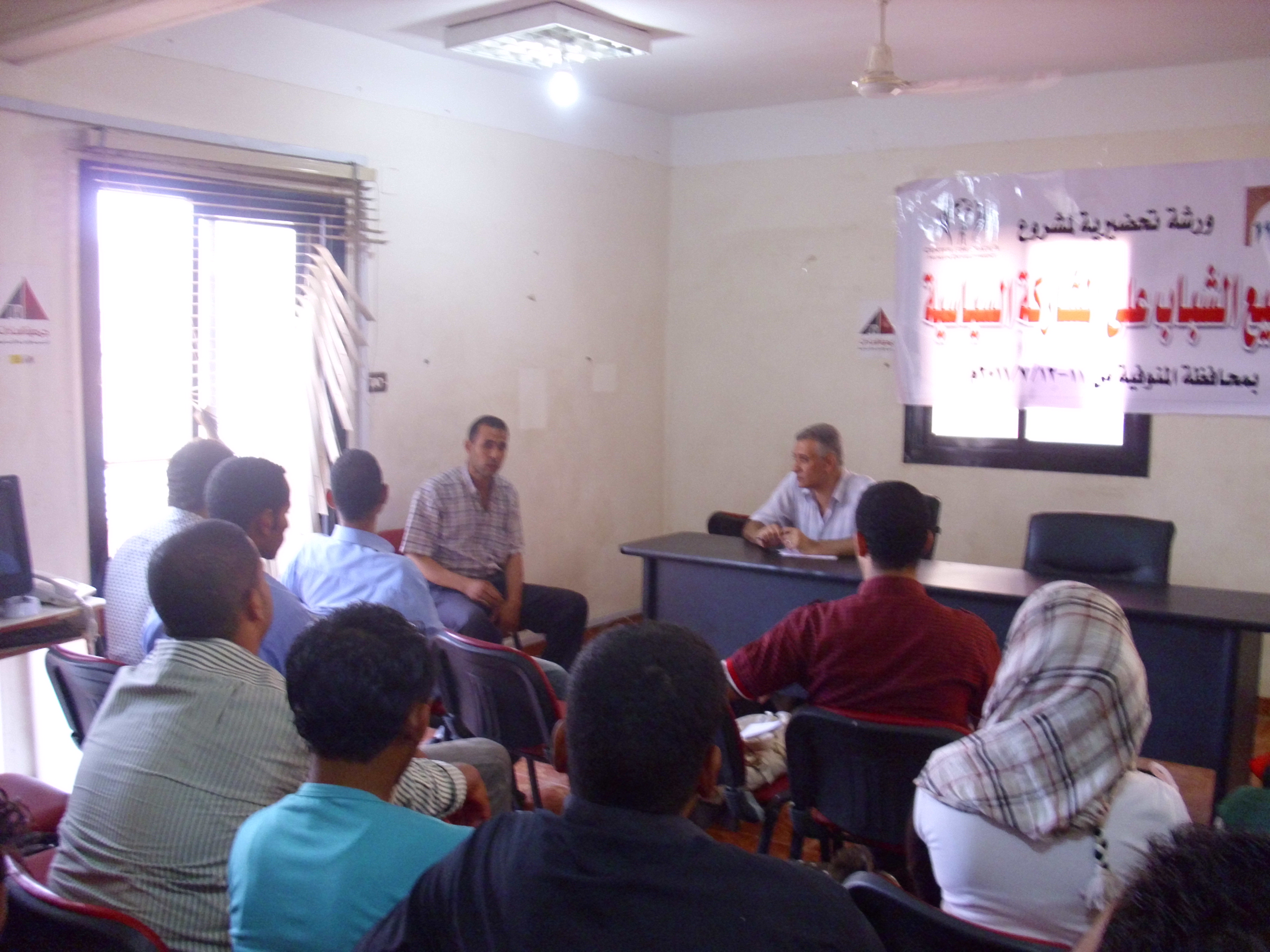 Over two days the campaign “We Will Participate in the Change - Hansharek” encouraged the youth to political participation. This was through a workshop (11 & 12 July) in Menoufia and in the presence of about 25 participants between political activists and civil society leaders from the targeted governorates (Menoufia, Gharbia, Helwan). The workshop tackled the concept of political participation and the various degrees of participation and discussed the importance of political participation. Planning workshop for the campaign "Encouraging Youth to Participate in the Political Process” Through this workshop the campaign officials gave a detailed description of the vision and objectives of the campaign, and the results expected at the end of the campaign. The participants proposed a plan of action for the campaign, and some of them suggested that there should be posters for the campaign. Some participants also suggested that in addition to encouraging people to vote more effort should be directed to educating them about the role of the elections, the electoral process and the responsibilities of parliament members. Through this workshop we set up a network between the local civil society and some of the youth movements to help spread the campaign. This network supported us with a huge database of young people in the targeted governorates, which was a great asset for the call center who used it in educating these young people and expanding the database.