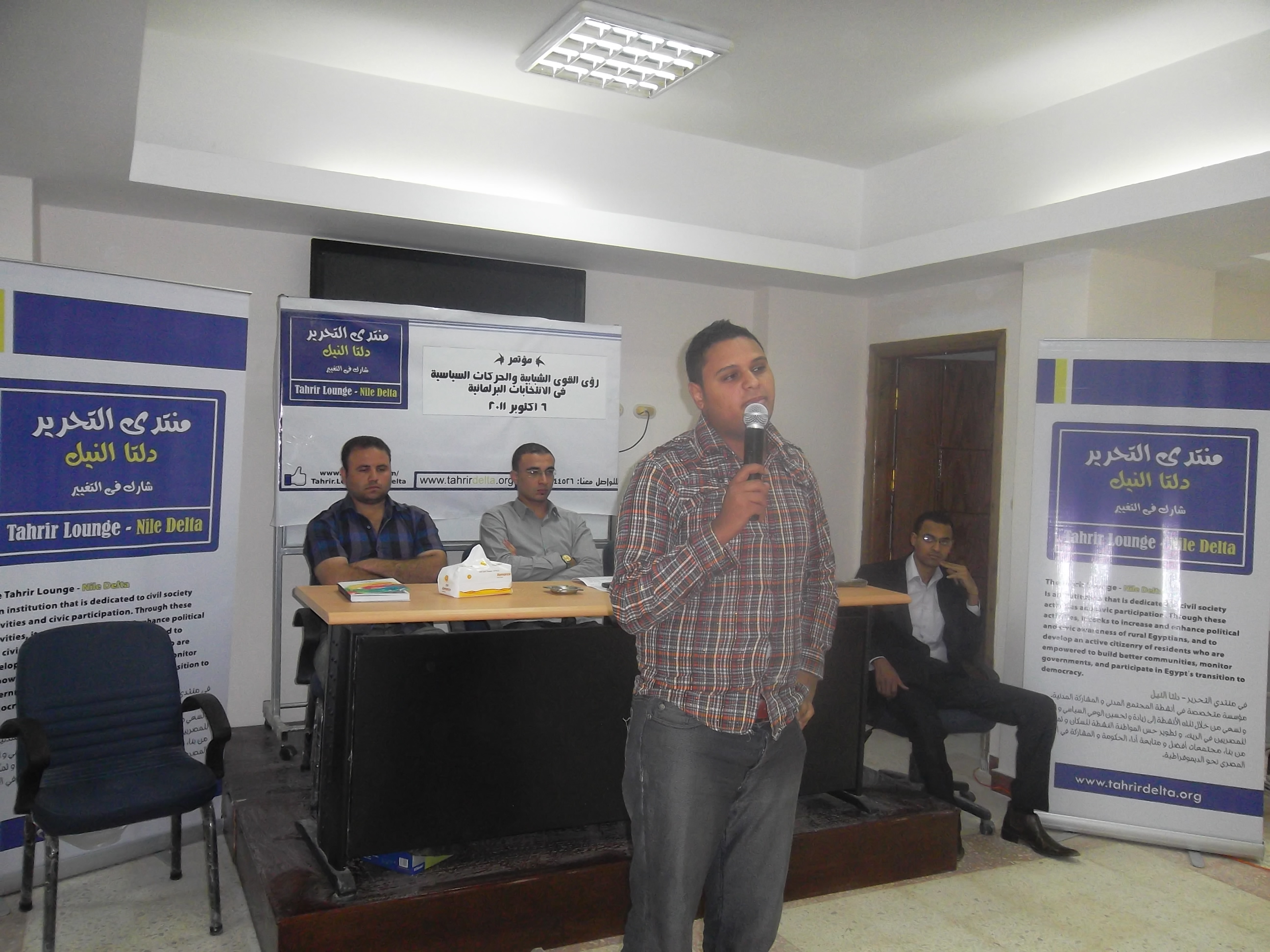 The Tahrir Lounge hosted political and young powers in Menoufia and Gharbia and other governorates of the Nile Delta, where they organized a conference under the theme Visions of the Political Powers in the Parliamentary Elections The conference was attended by representatives of the 6th of April movement, coalitions of the revolution youth, and other youth coalitions from throughout the Nile Delta, with the purpose of supporting the role of the youth in the democratization process. The Lounge held a conference for the \"National Front for Justice and Democracy\" in Gharbia, where Dr. Mohamed Waked attended as a representative of the National Front to explain its objectives and mechanisms as well as its role in promoting the process of political awareness among all classes of people. This conference comes in the framework of supporting and strengthening the role of the youth in the governorates of the Nile Delta.