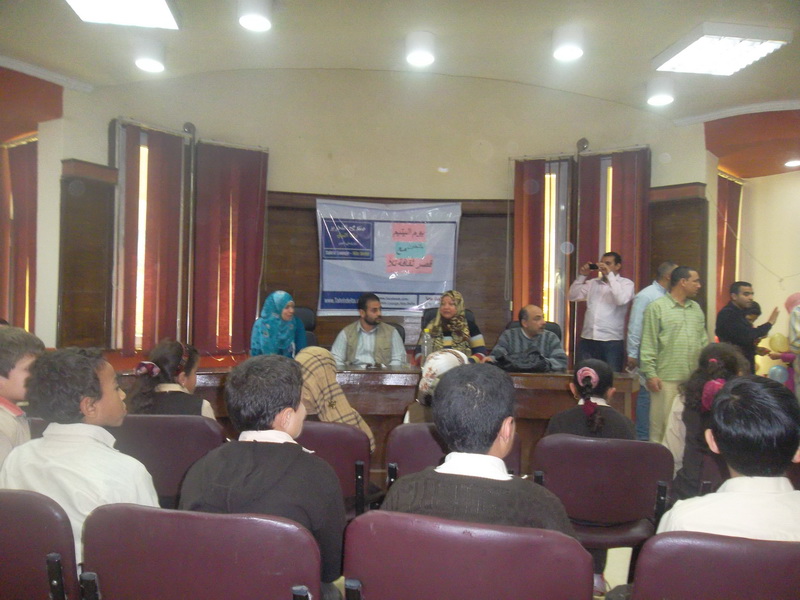 Tahrir Lounge Nile Delta conducted this program on March 4 to March 27 , This program focuses on taking care of the orphans inside the society through the role of community participation and interdependence among individuals through young volunteers in order to execute such celebrations for this group in the society. The program seeks to take care of the marginalized groups in the community not only in the Orphan Day, but throughout the year so as to enhance the sense of belonging and the role of community awareness particularly towards these society groups; 242 individuals attended the program. Two celebrations were held; one in Tala and was attended by 42 orphans along with some volunteers. A number of activities and fun games aiming to bring happiness and joy to the hearts of orphans were presented. The lecturer gave speeches about the virtues of taking care of orphans and how religion urges us to treat them well; also gifts were distributed to the orphan-children at the end of the ceremonial. The second ceremony took place in Shuhada city and intentionally it was not hold on the orphan day in order to implant the idea that the celebrating orphans is not linked to a particular day but should be throughout the year. Entertainment shows were presented as some actors wore costumes of the children’s beloved figures, then the circus in which a large group of individuals participated as well as the Tannora show which lasted for an hour. At the end of the ceremony; presents were given to the children at both Tala and Shuhada with the participation of the community members.