The 10th of Ramadan anniversary 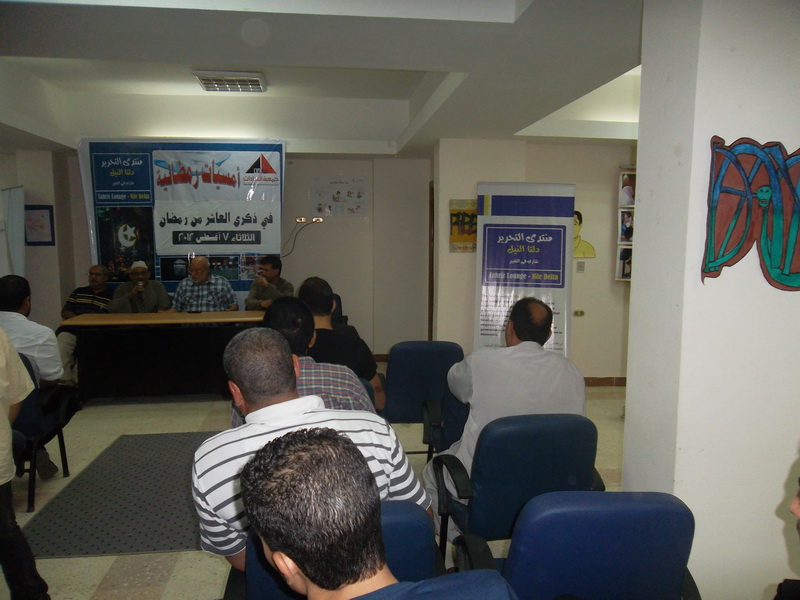 This meeting was held inside the Lounge and was attended by a variety of community groups over approximately four hours. It addressed events of the October War as told by one of the October War heroes who told the attendees about all the important events of this great war as well as the Eloquent Peasant of Menoufia. They also spoke about the current events and what is going on in the society after the revolution of January comparing it to this great war, while asserting that we must be patient till this revolution and this generation can reap the fruits of freedom and democracy as they aspire.