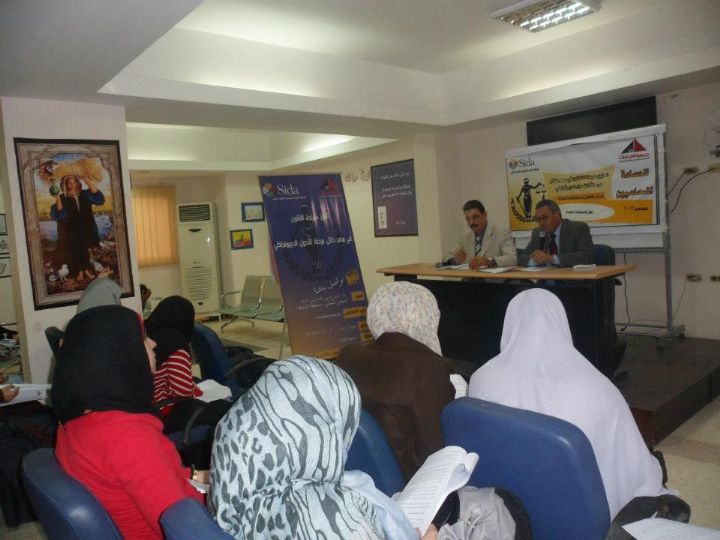 The team of the project "Strengthening the rule of law in Egypt during democratization” held two discussion groups titled general elections, where the elections were defined as a democratic means for governance and peaceful transition of powers. They explained the types of elections like individual and party-lists, and they explained the institutions within which the elections are held such as the People's Assembly, Shura Council, the localities and all the other systems which function by elections, including the presidential elections. Dr. Mansour Mohammed Ahmad (Professor of Public Law) introduced the debate axes in each group that were held on the 9th and 13th of December at Al-Tahrir / Nile Delta, with more than 60 participating lawyers from Menoufia and Tanta.