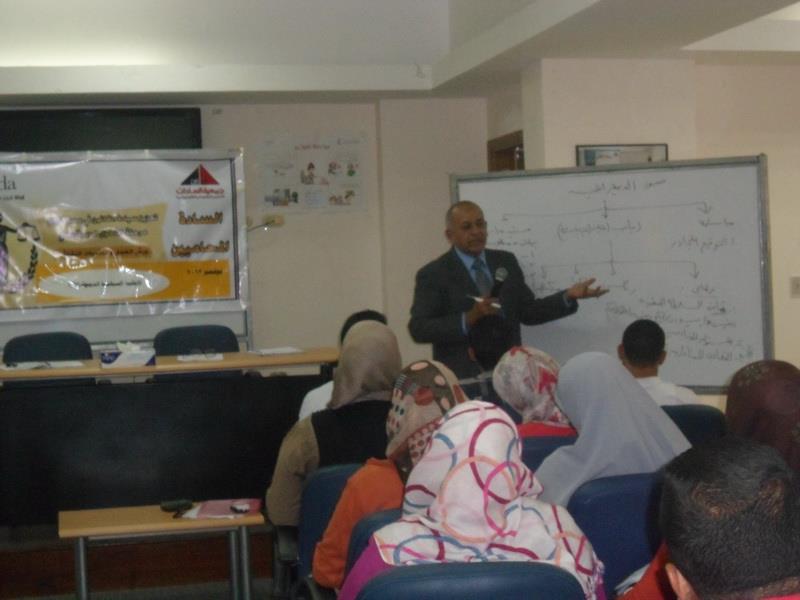 The project "Strengthening the rule of law in Egypt during democratic transition" held two discussion groups titled democratic political systems ranging from the presidential system, the parliamentary system, the mixed system, the Assembly Government system, and the relationship between the public authorities (executive and legislative) in every political system. Dr. Ibrahim Mohammed (Professor of Public Law at the Faculty of Law - Cairo University) reviewed the axes of the discussion in two discussion groups held on the 4th and 8th of November 2012 at Al-Tahrir Lounge / Nile Delta. The attendees who participated in each discussion group were about 70 lawyers from Menoufia and Tanta