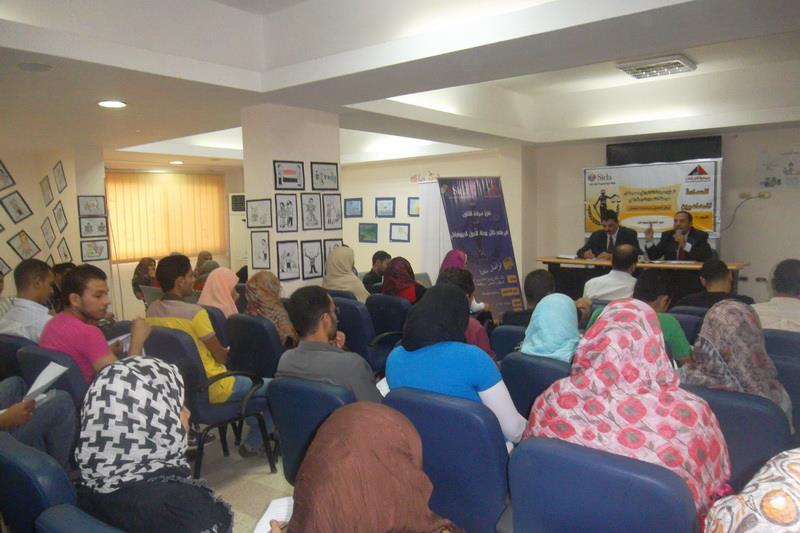 The project "Strengthening the rule of law in Egypt during democratization" held two discussion groups under the title “types of democratic rule”, where they discussed the concept of democratic governance and the foundations and principles of democracy, and the democratic forms of governance " direct democracy, parliamentary democracy, and indirect democracy." Dr. Abdel-Moneim Sharaf (Professor of Public Law at the Faculty of Law - Cairo University) reviewed the axes of the discussion groups which were held at the headquarters of Al-Tahrir Lounge / Nile Delta. The groups were held on the 21st and 23rd of October 2012 and about 65 lawyers from Menoufia and Tanta participated