Discussing the work-scope of the Constitution’s Constituent Assembly 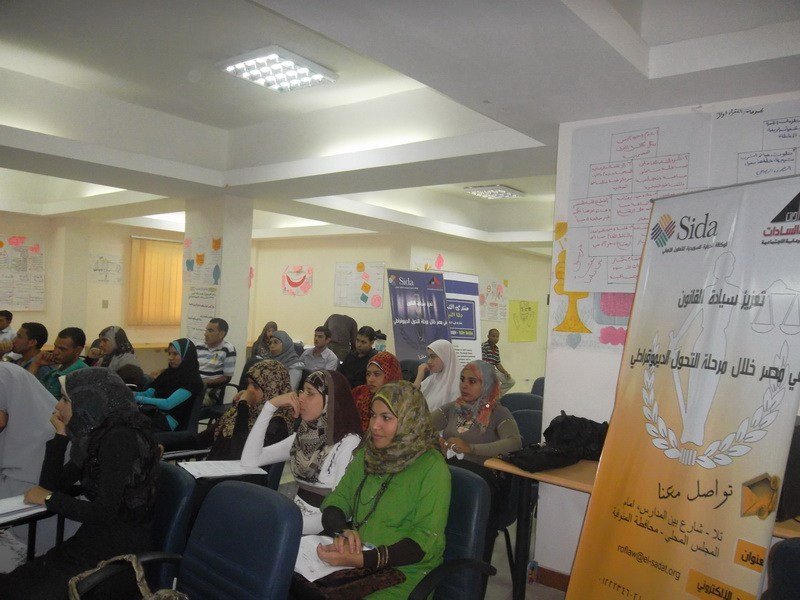 The project "Strengthening the rule of law in Egypt during democratization" held two discussion groups to discuss the drafts of the draft constitution while presenting the various sections of the draft Constitution as the basic component of the society, rights and freedoms, government system, regulatory bodies, the judiciary and the extent to which the rule of law is achieved in the Constitution. Dr. Hesham Al-Badri (Professor of Law, Faculty of Law, Menoufia University) presented the drafts during the discussion sessions which were held on the 15th and 19th of September 2012 at Al-Tahrir Lounge / Nile Delta. The average attendance for each session exceeded 65 participants