Democracy and the rule of law 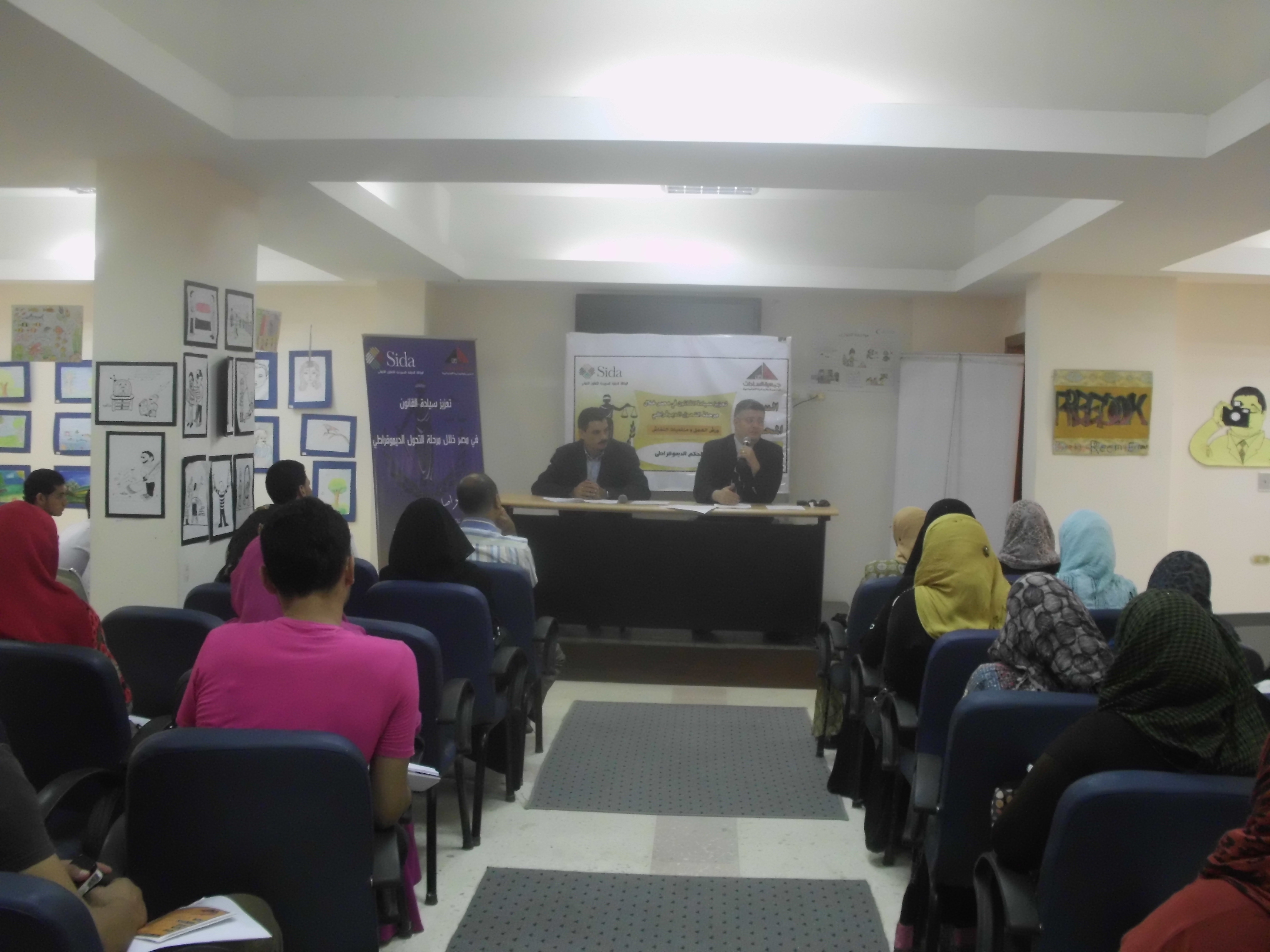 The concept of democracy is one of the concepts that is constantly misused and exploited without clarifying the concept of democracy and the elements of the democratic governance system. Hence, the team of the project (Strengthening the rule of law) organized two discussion groups on the 29th of July and the 2nd of August at the Tahrir Lounge / Nile Delta in Menoufia. Dr. Hesham Muhammad Al-Badri (Professor of Public Law and Deputy of the Faculty of Law at the Menoufia University) was the keynote speaker at group that dealt with the concept of democratic governance and the foundations and principles of democracy that perceive the rule of law as one of the most important foundations and principles of democratic governance. He then discussed forms of democratic governance starting with direct democracy where the people initiate directly their own power, parliamentary democracy in which the people rule through elected deputies, and ending with semi-direct democracy combining both systems. The discussion groups were attended by nearly 100 participants from the lawyers, where the main topic was about their assessment for Egypt during the stage of democratization, and whether Egypt was moving towards a democratic state or not. This was achieved through the presentations and discussions that stemmed from the group.