International legitimacy and the rule of law 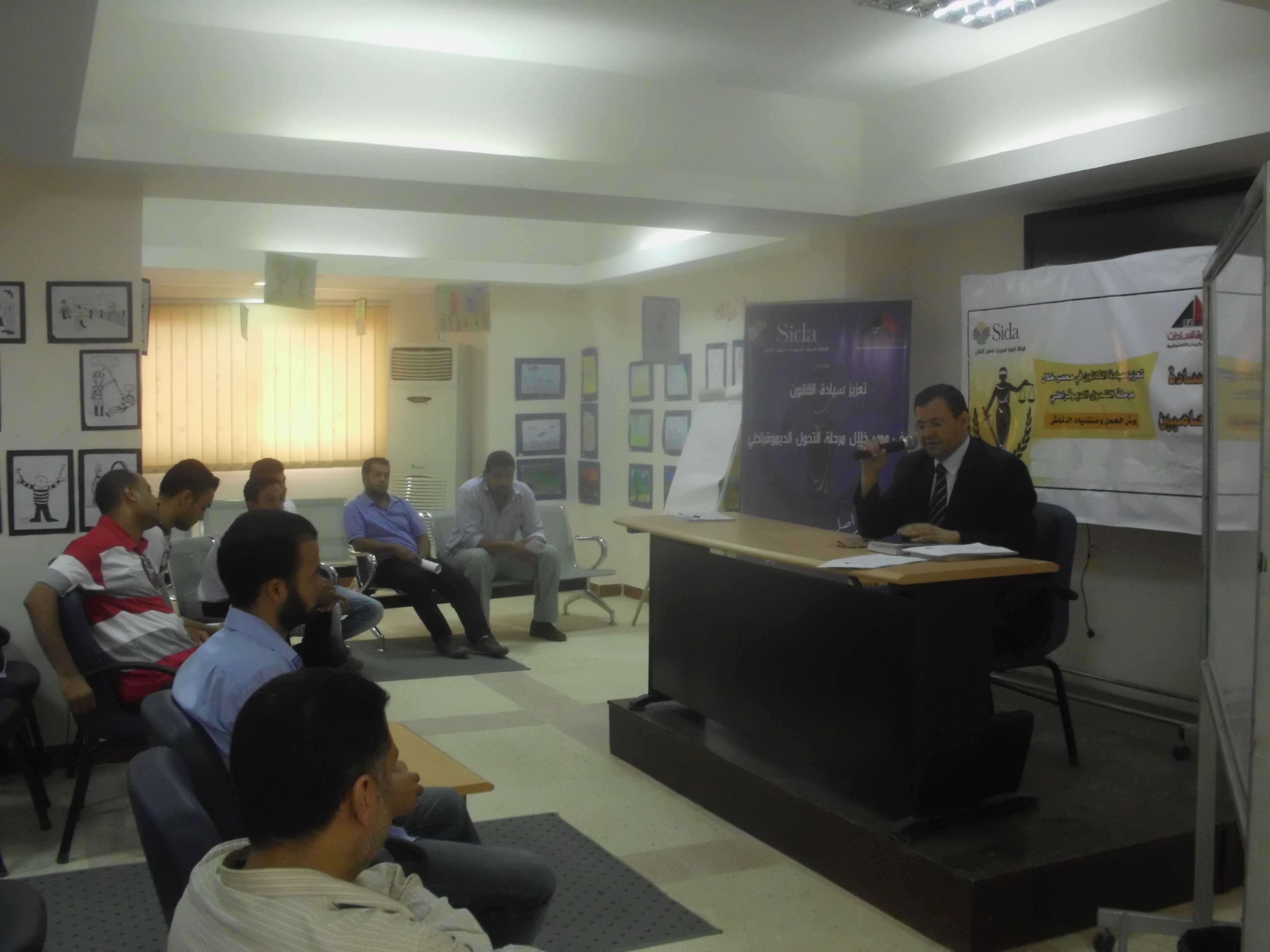 The project “Strengthening the rule of law in Egypt during its democratization" organized two discussion groups titled (the International Legitimacy) on the fourth week of July (22 and 26) at the Tahrir Lounge / Nile Delta in Menoufia. Professor Abul-Kheir Ahmed Attia (Professor and Head of Public International Law Dept. and deputy of the faculty of Law for Graduate Studies at Menoufia University) moderated the discussions which tackled the Universal Declaration of Human Rights, international treaties on civil and political rights as well as the International Treaty on Economic and Social Rights, and finally the two Optional International Protocols on human rights. On the other side Mr. Khaled Atteya (lawyer and the general coordinator of the project) managed the groups and organized the questions and comments which were mostly about the future of human rights charters after the January-25 revolution, how to improve the human rights situation in Egypt and emphasizing the respect for the rule of law. The attendees were more than 115 lawyers involved in the project