Public authorities in the rule of law state 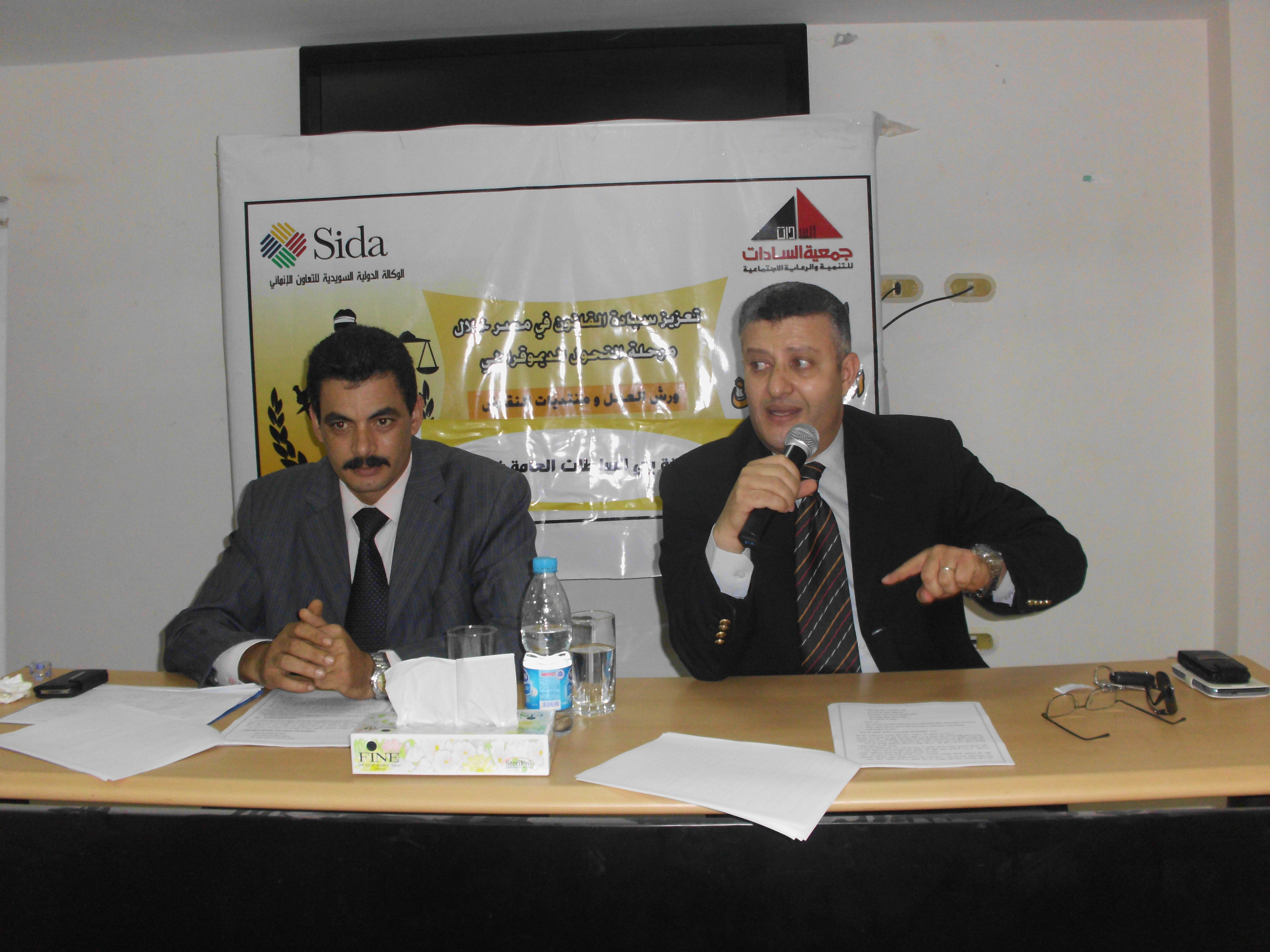 The form of the relationship between the public authorities in the state of (legislative, executive, and judicial) is one of the pillars of the rule of law state, where the concept of separation of powers and not subjecting one to the other or their subordination to any authority are considered to be the most important pillars of the rule of law. Hence, the team of the project (Strengthening the rule of law) organized two discussion groups dealing with the concept of public authorities in the state and the need to separate them. This was during the first week of July (the 1st and 5th) at Tahrir Lounge / Nile Delta Menoufia. Dr. Hesham Muhammad Badri (Professor of Public Law and Deputy of the Faculty of Law at the Menoufia University) was the keynote speaker at groups and he tackled the concept of public authority and it possessors in the beginning. He then discussed briefly each authority separately (the legislative, executive, and judicial). He also discussed the need for separating the public authorities in the state with full cooperation between them without any dependency of one on the other. Mr. Khaled Atteya (lawyer and the general coordinator of the project) managed the groups and the comments of the lawyers involved in the project who were more than 125 lawyers from Menoufia. The discussions tackled most of the themes raised and then they moved on to the position of SCAF as an exceptional authority in managing the transitional phase.