The “rule of law project” discusses the elements, characteristics and forms of states 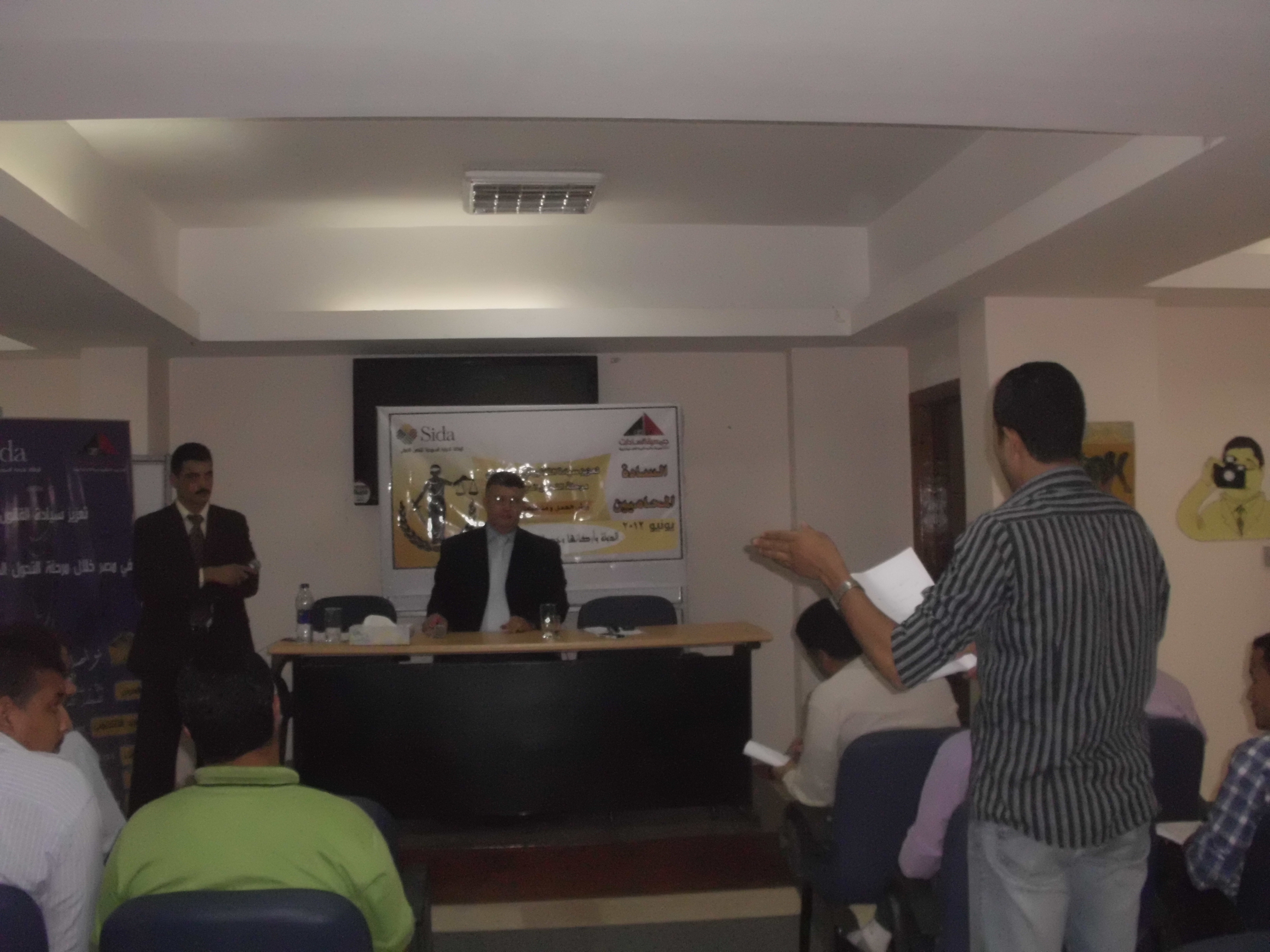 The project “Strengthening the rule of law in Egypt during its democratization" organized two discussion groups titled (the state and its elements, characteristics and forms) on the second week of the month of June (the 10th and 14th) of the same month at the Tahrir Lounge / Nile Delta headquarters in Menoufia. This was within the line of the project’s events in organizing discussion groups dealing with the legal and political issues related to the rule of law. Dr. Hesham Muhammad Al-Badri (Professor of Public Law and Deputy of the Faculty of Law at the Menoufia University) handed all the discussion topics, where he was the keynote speaker on the subject, and he explained the evolution of political societies till the emergence of the concept of the state and its elements like; counties, peoples and ruling power. He also addressed the characteristics of the State, the concept of sovereignty, the legal personality, and finally the forms States; simple and compound. The discussion groups were attended by more than 110 lawyers from Menoufia, while Mr. Khaled Atteya (lawyer and the general coordinator of the project) organized the discussion topics, moderated the comments and questions of the participants on the subject of the debate, in order to come up with recommendations that can be submitted to the Constitution’s Constituent Assembly.