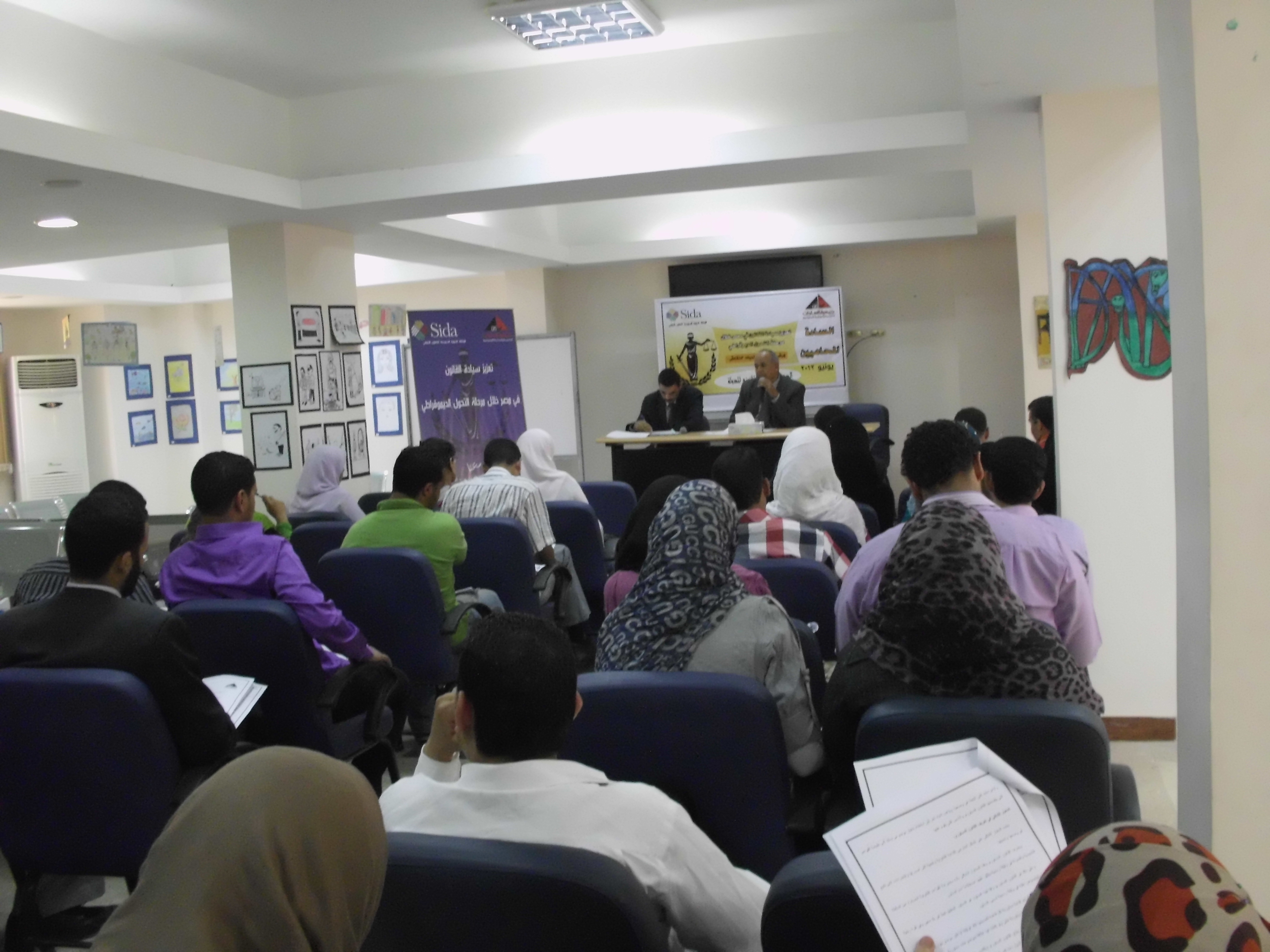 The Constitution and the legal structure of the country under the rule of law The team of the project "Strengthening the rule of law in Egypt during its democratization" held two discussion groups titled "Constitution and the legal structure of the state”. That was in the first week of June on the 3rd and 7th of June at the Tahrir Lounge / Nile Delta in Menoufia. This was within the panel discussion organized by the team of the project to addressing the most important legal and political issues related to the rule of law. Dr. Ibrahim Mohammed Ali (Professor of Public Law, Faculty of Law, Menoufia University and Attorney at Law) was the keynote speaker at the discussion groups that tackled these topics. The lecturer explained the concept of the Constitution and its importance and types in constitutional jurisprudence, and then he explained the legal hierarchy from the Constitution to the law, to the regulations, till the administrative decisions while explaining the differences between them all. He particularly stressed the international treaties ratified by the People's Assembly and adjusting their positions within the law and the Constitution. More than about 135 attended the groups that handled this topic with the lawyers involved in the project, and the questions revolved around the legal status if it contradicted the legal foundation of the Constitution, and the concept of constitutional control over the laws (previous & following) so that Egypt would be a state that respects the rule of law till the Constitution transcends all the legal rules.