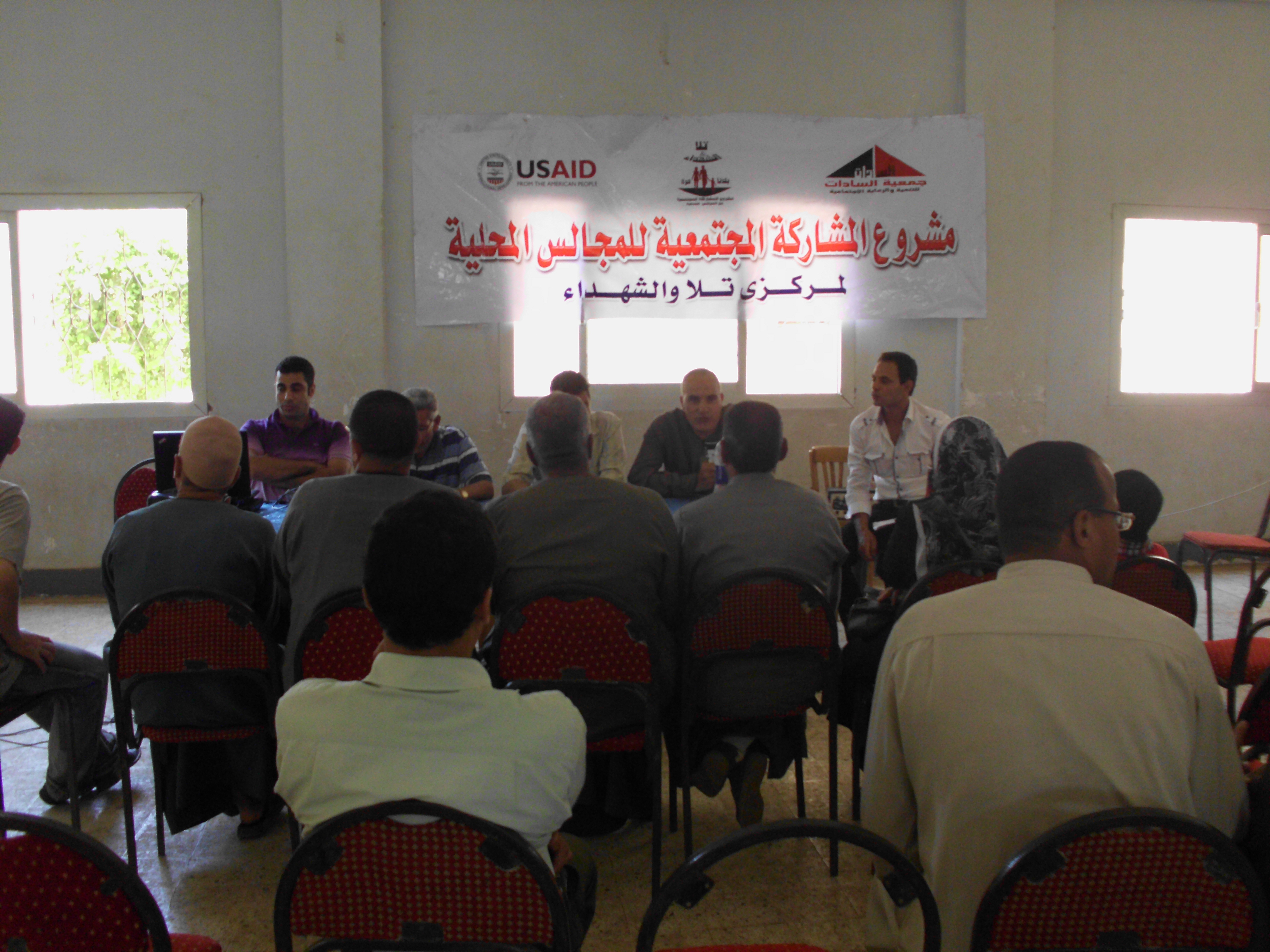 An-Nahda Al-Rifeya Association in Menoufia organized a second workshop on the local administration law in the village of Venicia (at Shebin El-Kom – Menoufia) in the period between 23/6 and 25/6/2011 as part of a series of workshops organized by the Association to identify the points of view of the local community in regard to the development and amendment of the local administration law.
The workshop was attended by a group of members of the civil society organizations, representatives of local media, political parties, political movements, some experts in the local administration law, representatives of NGOs like El-Sadat Association for Development and Social Welfare and the Red Crescent Society and a number of movements and political movements and some women cadres. Several recommendations were reached such as avoiding jobs that combine between executive bodies and local councils, reviewing and activating the functions of the local councils, comparing between the constitutions and international systems, activating them, the need to control the implementation of the Local Administration Act, the need for a general law that would contain the localities and the participation of civil society organizations in monitoring the elections and reducing the legal age for applying in the membership of the local councils to be under the 25 years. The participants emphasized the importance of giving more decentralization for the governorates to manage their affairs and not be tied to the central authority and improving the control of the elected local councils over the corresponding executive bodies and giving them wider authorities by making their decisions binding for these bodies, as long as a healthy democracy is sought after, as per the exact words of one of the participants.