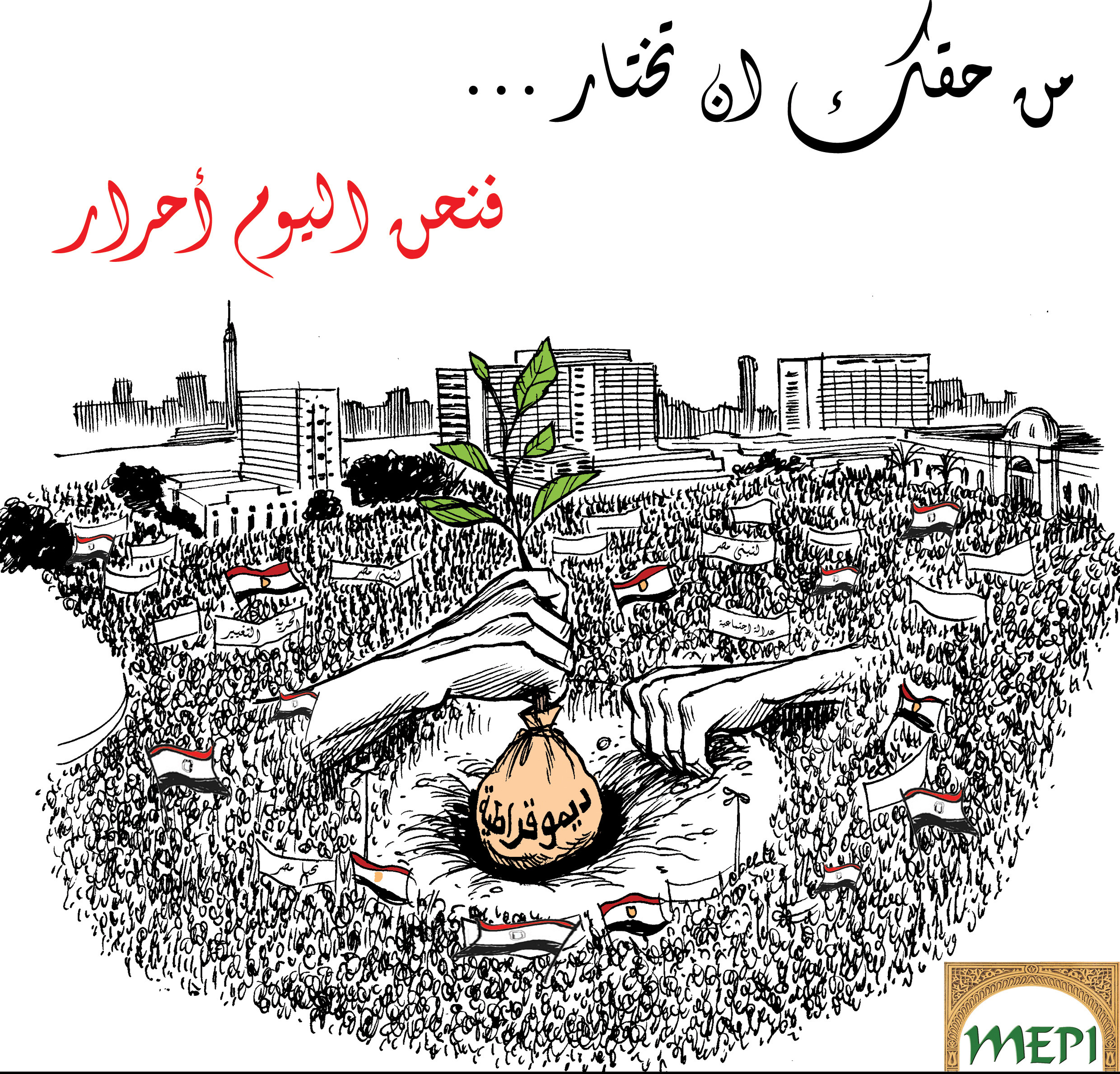 The campaign “We Will Participate in the Change” designed printouts for the campaign on the 10th of August, including designing the campaign brochure which contains a simplified explanation for the concept of the electoral process including electoral terminologies and concepts, the difference between the individual and party-list systems, how to calculate electoral thresholds and the parliamentary seats, and other important information for the voters. About 15 thousand brochures were printed out of which 5 thousand were distributed in the targeted governorates (Menoufia, Gharbia, Helwan) through the campaign volunteers and activists in each of the targeted governorates. The campaign publications also included designing a poster for the campaign containing data about the campaign from the website and communication means, as well as slogans for the campaign encouraging the youth to participate in the elections. About 30 thousand posters were printed, out of which 10 thousand posters were mounted in each of the governorates targeted by the campaign. The campaign volunteers in each of the targeted governorates mounted the posters in the most vital areas like youth centers, clubs, sports fields, government areas and all the centers frequented by the largest number of youth (such as universities and schools) to reach a large segment of young voters. The posters served as a bridge through which we could reach the biggest number of youth in the governorates who accessed the campaign’s website and contacted the ones responsible for the campaign, registered their details for participating in the various activities of the campaign to involve the largest number of young voters in the elections taking place in Egypt after the revolution.