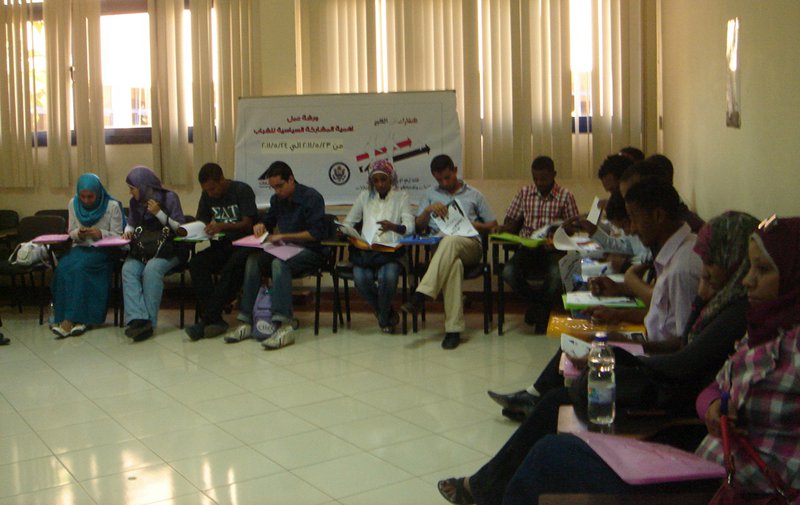 Over two days the campaign “We Will Participate in the Change - Hansharek” held two workshops to introduce the campaign and explain its objectives and implementation mechanisms in the Civil Education Center at Gazira (23 & 24 May 2011) for a number of young leaders, lawyer activists, politicians and journalists from different governorates targeted by the campaign (Aswan, Gharbia, Alexandria, Ismailia). The workshops started by introducing El-Sadat Association (being the sponsor and supervisor of the campaign in cooperation with the U.S. Embassy in Cairo). After that they explained the idea of the campaign and the importance of the objectives it seeks to implement during the term of the campaign, which is three months. They further explained the implementation mechanisms of the campaign in each governorate separately. During the workshops the campaign explained some political concepts and terms which constitute the scientific material of the campaign like; the concept of the state, the political system, the three authorities in the state (executive, legislative and judiciary), the role of the Parliament during the transitional phase in Egypt after the revolution, all of this with the purpose of spreading these concepts in the governorates targeted by the campaign.